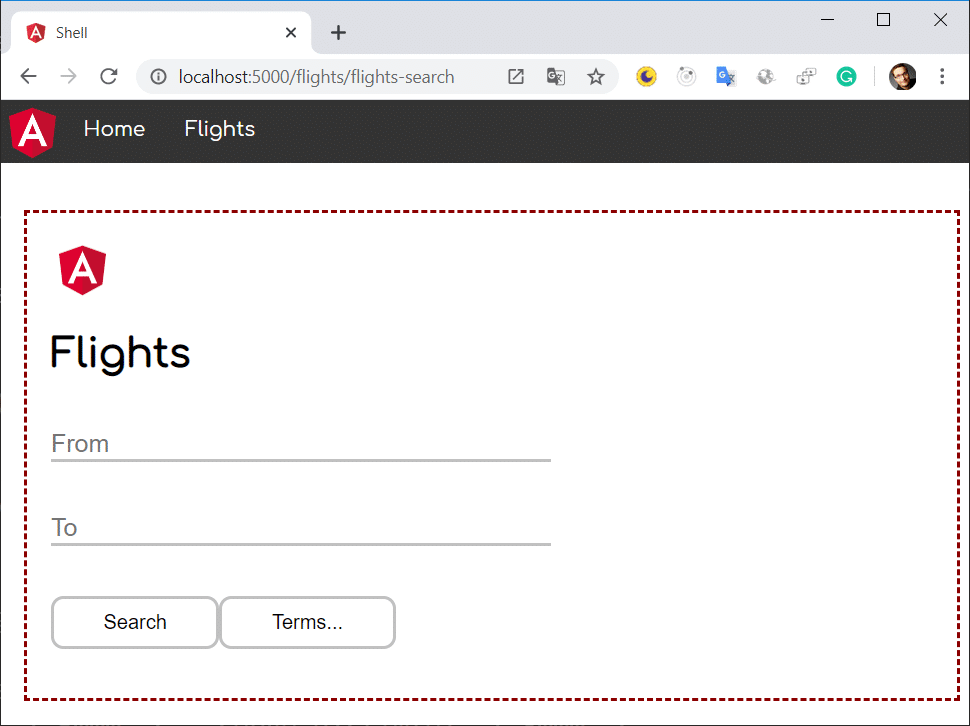 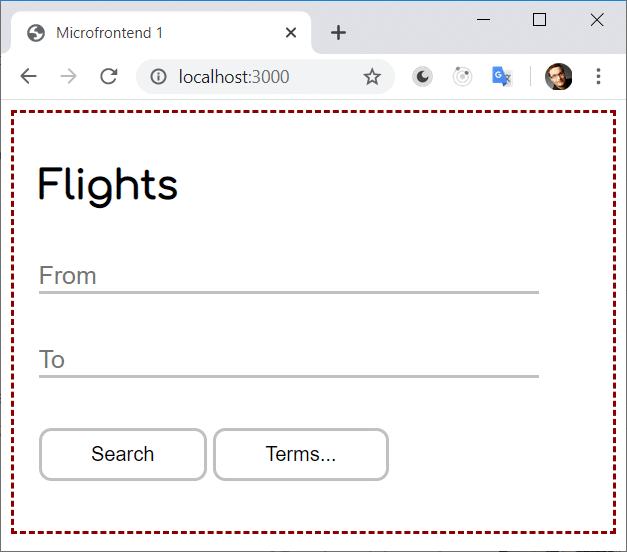 The source code of the used example can be found in my GitHub account.

Also, we need to tell webpack that all paths starting with mfe1 are pointing to an other project. This can be done by using the ModuleFederationPlugin in the generated webpack.config.js:

The remotes section maps the internal name mfe1 to the same one defined within the separately compiled microfrontend. It also points to the path where the remote can be found — or to be more precise: to its remote entry. This is a tiny file generated by webpack when building the remote. Webpack loads it at runtime to get all the information needed for interacting with the microfrontend.

While specifying the remote entry’s URL that way is convenient for development, we need a more dynamic approach for production. Fortunately, there are several options for doing this. One option is presented in a below sections.

The property shared contains the names of libraries our shell shares with the microfrontend(s). The combination of singleton: true and strictVersion: true makes webpack emit a runtime error when the shell and the micro frontend(s) need different incompetible versions (e. g. two different major versions). If we skipped strictVersion or set it to false, webpack would only emit a warning at runtime. More information about dealing with version mismatches can found in a further article of this series.

In addition to the settings for the ModuleFederationPlugin, we also need to place some options in the output section.

The uniqueName is used to represent the host or remote in the generated bundles. By default, webpack uses the name from package.json for this. In order to avoid name conflicts when using monorepos with several applications, it is recommended to set the uniqueName manually.

In order to make it possible to load the FlightsModule into the shell, we also need to reference the ModuleFederationPlugin in the remote’s webpack configuration:

Hint: To start several projects with one command, you can use the npm package concurrently.

While this doen’t seem to make a lot of sense at first sight, it’s a typical pattern you find in Module Federation-based applications. The reason is that Module Federation needs to decide which version of a shared library to load. If the shell, for instance, is using version 12.0 and one of the micro frontends is already built with version 12.1, it will decide to load the latter one.